Ok, this has nothing to do with Columbia County, or even our planet, but I’m a huge Star Wars fan and this is a blog post I wrote for another website but also wanted to share with you. 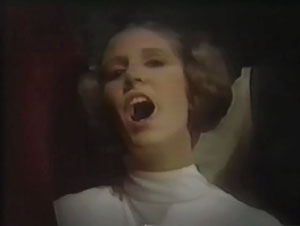 Carrie Fisher was recently interviewed by the New York Times’ ArtsBeat and in the interview, she discussed the Star Wars Holiday Special. For anyone unfamiliar with this special, it was a TV holiday special that aired on CBS in 1978 and is, without a doubt, the worst thing to ever legally come out of the Star Wars universe. The holiday in the special is the Wookie celebration of Life Day and the TV fiasco reunited the main players of the 1977 Star Wars movie with some spliced-in footage from that movie and added a handful of television “stars” including Art Carney, Bea (Beatrice) Arthur, Harvey Koreman, Diahann Carroll and musical guest – Jefferson Starship.

In the ArtsBeat interview, Fisher talks about the Holiday Special and how she made Lucas give her a copy, one of the few in existence.

Unfortunately, I couldn’t embed the video of the interview but you can watch it by clicking here. It’s short and definitely worth watching if you are a Star Wars fan.

2 thoughts on “Carrie Fisher On The Star Wars Holiday Special”

Congrats to ⁠Jack Dylan, 441 Warren Street⁠ selected as Best of the Best Hudson Winter Walk Window. Info & more from @hudsonhallny It's just hours before Winter Walk, and you know what that means... Hudson Hall announces the 2022 Winter Walk Window Decorating Contest Awardees!!!⁠
Santa came to the village of Chatham tonight! #chathamny #holidays #christmas #santa
From @nytabata Join me for a 20-20-20 style workout (Cardio-Strength-Core) to energize yourself before the Great Thanksgiving Feast!
Posted from @hudsonhallny "I spit out my cocktail!" - Jennifer Coolidge ⁠
Posted from @visitchathamny This year’s Winterpalooza celebration features a variety of activities and events each weekend in December. Check out Visitchathamny.com to see all the details and events. #winterpalooza #chathamny #holidayseason #holidays #shopping #columbiacountyny
From @okvillage Watch for more details coming soon! Candlelight Weekend is sponsored by the Kinderhook Business and Professional Association. #kinderhookny #kinderhooked #columbiacountyny #happenings
Stop & Learn. This scenic parking area on the Taconic is a great spot to enjoy the views and brush up on your Columbia County knowledge. #taconicstatepark #thetaconics #columbiacountyny #views