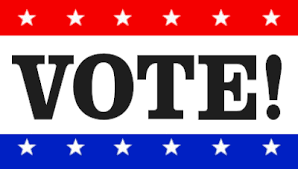 Voters in New York, that are affiliated with a political party, have several primary races to vote for. These Primary Elections give voters the chance to select candidates for state and local level offices (Governor, State Senator, State Assembly, County Clerk, Town Justice, etc.).

Though elections are typically held on Tuesdays, this year’s primary election was moved to Thursday, September 13, after Cuomo signed a bill to move the date back two days. The previously announced date—September 11—would not only conflict with the end of Rosh Hashanah, but would also present a conflict for those who may be commemorating the 17th anniversary of 9/11.

LOCATIONS:
Visit the Columbia County Board of Elections site (here) for locations.

From @columbiaclimatecarnival Calling all Earth-lovers! We're looking for volunteers. The Columbia County Climate Carnival will be on July 16, 2022 from 10am to 4pm at the Columbia County Fairgrounds. Volunteers are needed before, during, and after the event—sign up today and show the planet some love 💗 🌎: climatecarnival.org
From @okvillage Everyone is invited! #columbiacountyny
From @alimacuisine We are going to @ssfarmbrewery today and tomorrow 5 to 9pm. @chathamfarmersmakersmarket 4:30 to 7. @troymarket tomorrow 9 to 2pm. @newlebanonfarmersmarket on Sunday 10 to 2pm! Please come see us. We’re looking forward to seeing you😎😎😍😍❤️. Thank you for supporting us! #foodtruck #columbiacountyny #columbiacountynyeats
From @newlebanonfarmersmarket - Summer is here, so are we! The outdoor market runs every Sunday from 10-2. Our vendors work hard to bring you the freshest of goods and we couldn’t be more grateful! Stay cool and we’ll see you soon! #newlebanonny #columbiacountyny #historicpastbrightfuture #farmersmarket #localbusiness
From @kaaterskill.health.food Frozen Heat-Beatin’ Treats! 🔥🥊🍦 #healthyhudsonvalley #hudsonny #catskillny #icecream #summer #columbiacountyny
From @copakewineworks The summer is heating up! We have a Big Tasting Series lined up - one free tasting each month where we deep dive into a particular theme. This month’s takes place this Saturday, June 25th from 1 to 4pm. The focus is on Australia and New Zealand - with some help from @winedogsimports (and @winedog1 Simon Buck!) Come have a taste of what’s happening in the lands Down Under. There’s no charge, no tickets - just show up and check it out.
The Canaan Historical Society invites
%d bloggers like this: