Tuesday is New Year’s Eve. If you don’t have plans yet, following are some special parties happening around the area.

All of the following events are on Tuesday, December 31, 2019. Click “MORE” for each event’s site.

Get ready Catskill! Leave the car at home, hop on board our spaceship and travel with us to a future-retro lounge in a galaxy far far away.

From 9PM-11PM, we’ll get down to the wildly danceable, groovy, virtuosic funk of Telepathic Moon Dance! TMD played Avalon last month, and as soon as we heard these guys we knew we wanted them to party with us on New Year’s. Bandleader Walker Adams has played drums for St. Vincent and fusion bassist Percy Jones… his lineup of exceptional musicians includes the finest talent of NYC and the Hudson Valley. Tonight will feature Tony DePaolo on guitar and Michael Purcell on keys!
https://www.telepathicmoondance.com/

From 11PM onward we’ll be in the hands of Albany NY’s legendary Tall Ass Matt and friends, host of Fuze Box’s Body Shine party. Matt spins all-vinyl sets of Disco, Funk, House, and whatever else keeps the vibe positive and the bodies moving.

The theme of the eve will be INTERGALACTIC FUTUREFUNK. Come dressed to impress all inter-dimensional beings!

TICKETS: $15 in advance, $20 at the door
https://avalon.brownpapertickets.com/
All cover charges go to the night’s entertainers, who are graciously spending one of the best nights of the year for working musicians spreading joy and good vibes right here in Catskill!
Cover includes complimentary midnight Champagne toast.

Come on out and enjoy ringing in the New Year with your friends and loved ones. We will be having an amazing time.

You can pick up your tickets at The Falls front desk or online at the link below: 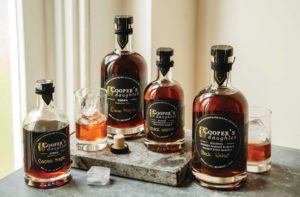 Ring Out the Old, Ring in the New w/ The Felice Brothers at Helsinki Hudson

Undress was recorded in the late summer of 2018 in Tivoli, New York. Band members Ian Felice, James Felice, Will Lawrence (drums) and Jesske Hume (bass) teamed up with producer Jeremy Backofen to record their most personal and reflective album to date.

“Many of the songs on the new album are motivated by a shift from private to public concerns,” says songwriter Ian Felice. “It isn’t hard to find worthwhile things to write about these days, there are a lot of storms blooming on the horizon and a lot of chaos that permeates our lives. The hard part is finding simple and direct ways to address them.”

Undress follows the band’s 2016 album Life In The Dark, and finds the group in a very different place three years later. Between personnel changes, families growing and the political landscape, the result is a tighter, more-paired down release. “Every song is a story,” said James Felice. “On this album everything was a bit more thoughtful, including the arrangements, the sonic quality and the harmonies.”

New Year’s Eve – A Night at the Speakeasy

Let’s ring in 2020 with a throwback to the roaring 20’s! Dress to kill in vintage glam and join us at the speakeasy for cocktails, dancing, games and even some surprise entertainment!

From @columbiaclimatecarnival Calling all Earth-lovers! We're looking for volunteers. The Columbia County Climate Carnival will be on July 16, 2022 from 10am to 4pm at the Columbia County Fairgrounds. Volunteers are needed before, during, and after the event—sign up today and show the planet some love 💗 🌎: climatecarnival.org
From @okvillage Everyone is invited! #columbiacountyny
From @alimacuisine We are going to @ssfarmbrewery today and tomorrow 5 to 9pm. @chathamfarmersmakersmarket 4:30 to 7. @troymarket tomorrow 9 to 2pm. @newlebanonfarmersmarket on Sunday 10 to 2pm! Please come see us. We’re looking forward to seeing you😎😎😍😍❤️. Thank you for supporting us! #foodtruck #columbiacountyny #columbiacountynyeats
From @newlebanonfarmersmarket - Summer is here, so are we! The outdoor market runs every Sunday from 10-2. Our vendors work hard to bring you the freshest of goods and we couldn’t be more grateful! Stay cool and we’ll see you soon! #newlebanonny #columbiacountyny #historicpastbrightfuture #farmersmarket #localbusiness
From @kaaterskill.health.food Frozen Heat-Beatin’ Treats! 🔥🥊🍦 #healthyhudsonvalley #hudsonny #catskillny #icecream #summer #columbiacountyny
From @copakewineworks The summer is heating up! We have a Big Tasting Series lined up - one free tasting each month where we deep dive into a particular theme. This month’s takes place this Saturday, June 25th from 1 to 4pm. The focus is on Australia and New Zealand - with some help from @winedogsimports (and @winedog1 Simon Buck!) Come have a taste of what’s happening in the lands Down Under. There’s no charge, no tickets - just show up and check it out.
The Canaan Historical Society invites
Loading Comments...
%d bloggers like this: