Time & Space Limited (TSL), in Hudson, is holding a basement sale each weekend in January. On sale will be thousands of used books, with new batches arriving every week. Also Antiques, collectibles, furniture, knick knacks, and other cool things. Not to mention loads and loads of records, CDs, DVDs, and blu-rays. All for sale in TSL’s Basement Bazaar!

Stuff Store open for business during regular programming, office hours, and by request.

Join Time & Space Limited (TSL), in Hudson, for the outdoor screening of ‘Kiss the Ground’ on Saturday, October 3rd.

The event begins at 5pm with concessions that include locally-sourced scones, dried fruit from Montgomery Place Orchard, and, of course, popcorn. At 5:15 American Sustainable Business Council’s Carolyn Pincus will provide a short introduction to regenerative agriculture and shortly after that, Kiss the Ground will commence at 6pm. All proceeds of the event will go back to supporting Time & Space Limited who have been serving residents in the Hudson Valley through their culturally-diverse and socially-active environment.

This retrospective show of Hudson-based outsider artist, Earl Swanigan, will make available to the public many of Earl’s previously unseen works – including paintings, sculpture, furniture, and archival materials – from a variety of private collections. Certain works for sale.

The show will be on display in TSL’s renovated indoor gallery space through Sunday, October 4. Limited capacity gallery available.

The art opening this Saturday, will include socially-distant food and beverages in the parking lot. Gallery tours by advanced registration.

Time & Space Limited (TSL), in Hudson, expands into the digital realm. In partnership with the film distributors, TSL offers you a selection of independent films and documentaries available to stream from your devices at home.

This innovation in movie-going allows for you, the moviegoer, to keep going! And for TSL – the filmmakers, the distributors, and your local, arthouse cinema – to keep thriving in this time of social distancing.

If prompted, make sure to select TSL as your local theater in order for them to receive their share of the support.

Virtual film selection to be updated on a continual basis.

“Once We Were Brothers” 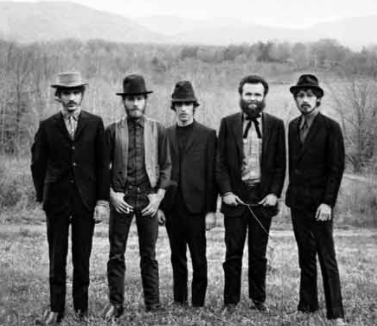 From Magnolia Pictures. Available to screen for three days upon purchase. — The documentary features 137 photographs taken by Elliott Landy, whose celebrated works include portraits of Bob Dylan, The Band, Janis Joplin, Van Morrison, Jimi Hendrix, Jim Morrison, and the 1969 Woodstock Festival, for which he was an official photographer.The film tells the story of Robbie Robertson’s young life and the creation of one of the most enduring groups in the history of popular music, The Band. It is a moving story of Robertson’s personal journey, overcoming adversity and finding camaraderie alongside the four other men who would become his brothers in music. Once Were Brothers blends archival footage, photography, songs, and interviews with Robertson’s friends and collaborators including Martin Scorsese, Bruce Springsteen, Eric Clapton, Van Morrison, and more. 2019.

D.W. Young’s elegant and absorbing documentary is a lively tour of New York’s book world, populated by an assortment of obsessives, intellects, eccentrics, and dreamers, past and present. From the Park Avenue Armory’s annual Antiquarian Book Fair, where original editions can fetch hundreds of thousands of dollars; to the Strand and Argosy bookstores, still standing against all odds; to the beautifully crammed apartments of collectors and buyers. The film features a range of commentators, including Fran Lebowitz, Susan Orlean, Gay Talese, and a community of dedicated book dealers and collectors who strongly believe in the wonder of the object and what it holds within. 2019. 1h39m.

“The Times of Bill Cunningham” 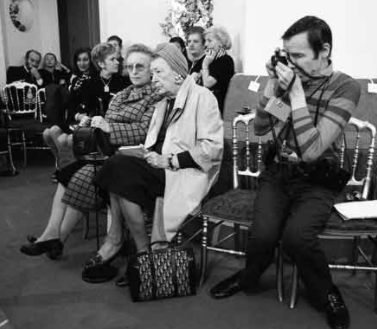 Narrated by Sarah Jessica Parker, The Times of Bill Cunningham features incredible photographs chosen from over 3 million previously unpublicized images and documents from iconic street photographer and fashion historian Bill Cunningham. Told in his own words from a recently unearthed 1994 interview, the photographer chronicles, in his customarily cheerful and plainspoken manner, moonlighting as a milliner in France during the Korean War, his unique relationship with First Lady Jackie Kennedy, his four decades at The New York Times, and his democratic view of fashion and society. 2020. 1h14m 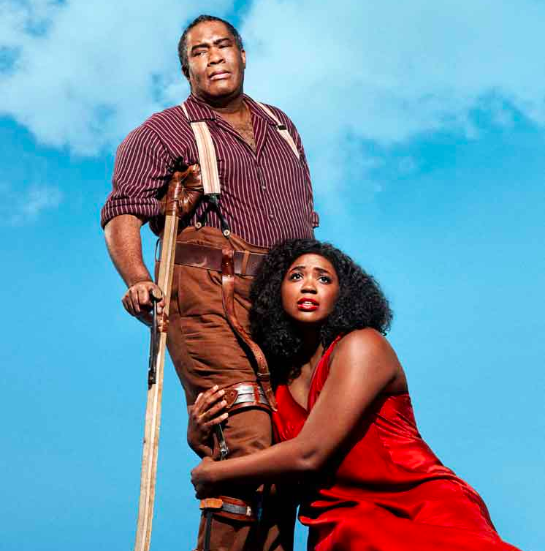 Met Opera HD Live: The Gershwin’s Porgy and Bess at TSL in Hudson. This Sunday’s showing has already sold out but there are two encore performances coming up on February 15 and March 1.

The Gershwins’ Porgy and Bess returns to the Met for the first time since 1990, in a new production directed by James Robinson in his company debut. America’s “folk opera,” as the 1935 creators described it, tells the story of disabled beggar Porgy, sung by Eric Owens, and his love for the drug-addicted Bess, portrayed by Angel Blue.

David Robertson conducts a stellar cast that also includes Donovan Singletary as fisherman Jake, Golda Schultz as his wife Clara, Latonia Moore as the bereaved widow Serena, Frederick Ballentine as drug dealer Sportin’ Life, Alfred Walker as the brutal stevedore Crown, and Denyce Graves as Maria, town matriarch and operator of the local cook-shop. Infused with the timeless melodies of the much-loved classics “Summertime,” “It Ain’t Necessarily So,” “Bess, You Is My Woman Now,” “I Got Plenty o’ Nuttin,” and “My Man’s Gone Now,” the new co-production with English National Opera and Dutch National Opera was hailed as a triumph at its premiere in London earlier this year.

Posted @withregram • @roaring20sbrewery He’s back! The one man band, @twheelock6 is coming (3p-5p) to serenade you with some Elton John, maybe some Stevie Wonder, even some Post Malone? This guy crushes it. Stop by for some great beer, great tunes, great food (a la @biggins_diggins ), and great times.
From @samascottorchards It’s peach season!🍑Peaches will be available for picking through August as more ripen each week.
From @okvillage Old-time town band music with the Ghent Band. Bring-your-own blankets and chairs. Starts at 7pm! #columbiacountyny
Very exciting news from @fillisdeliandbakery Location 3# Coming soon 😬
From @silvermaplefarm Plan your upstate getaway… 🚙🌳🌄🌸
Posted @withregram • @outhudsonny Here at OutHudson, we are elevating the Visibility, Quality, and Dignity of lgbtqia+ and ally life in the Columbia County area.
Happening today - from @chathamnyhistorical Did you know that the Chatham Village Historical Society hosts periodic tag sales at the Blinn-Pulver Farmhouse, 195 Hudson Avenue in Chatham (across from Family Dollar)? Well if not, consider this both notice and an invitation!