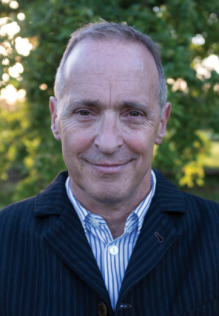 David Sedaris is coming to The Colonial Theater this Friday. Here’s some info from Berkshire Theatre Group, “With sardonic wit and incisive social critiques, best-selling American author, David Sedaris has become one of America’s pre-eminent humor writers. The great skill with which he slices through cultural euphemisms and political correctness proves that Sedaris is a master of satire and one of the most observant writers addressing the human condition today.”

I’ve been a fan of David Sedaris for years, and have always wanted to attend one of his stage appearances. He has been to the Colonial several times, but this Friday is the first time that I’ll be free when he is in Pittsfield. I’ve got my tickets, and can’t wait! Tickets are still available (see below for details).

There is a great variety of events taking place at the Colonial Theatre in Pittsfield, MA, this month.

“Warren Miller’s PLAYGROUND, the largest action sports film on the planet, will kickoff the winter sports season. Presented in stunning high definition, PLAYGROUND chronicles extraordinary action and breathtaking cinematography from Sweden, Japan, Dubai, Alaska and more. Warren Miller premiers are an experience, a party and a phenomenon not to be missed.”

Children are encouraged to bring their own Flat Stanley figures to the performance. Several will be chosen to have adventures with Colonial Theatre performers before being mailed home to their original artists. Recommended for ages 5 and up.

Michael Londra, the Irish Tenor best known as the vocalist of Riverdance, presents an evening of “Christmas from Ireland,” told in song, dance and the classic stories of his youth.

The centerpiece of the December concert is a Klezmer Fantasy for Cello and Orchestra, written by Williamstown composer Stephen Dankner for the brilliant Israeli-American virtuoso, Matt Haimovitz. Matt gained particular attention for his multi-year solo recital tour in unconventional venues, bringing concert music to new listeners (in roadhouses, bars, pizza parlors, etc…). For this work, Dankner imagines the orchestra as a giant Klezmer Band, and pays homage to his own and Haimovitz’s Jewish ancestry. Also on the program, Haimovitz performs Shostakovich’s achingly beautiful Cello Concerto No. 1, and the orchestra performs Bartok’s Rumanian Folk Dances and the Schubert “Unfinished” Symphony.

From @chathambrewing Join us next Sunday for the big game! We have some super specials in the works including $3 pints, table nachos, $5 tacos, $0.50 wings, meatball hero's and more. The most screens in Chatham. Grab your football friends and plan to come early to grab the best seat in town. #SuperBowlSunday #importedfrommainstreet #visitchathmny #thinknydrinkny #columbiacountyny #chathamny
From @okvillage Do you have an idea for a performance, lecture, class, or more that you’ve been itching to try out? Check out Van Buren Hall. Located in one of the Hudson Valley’s emerging hubs for arts & culture, the space accommodates 175 people, has fantastic acoustics, and affordable rental fees. #columbiacountyny #kinderhookny
Snow Day! ❄️☃️#snowday #winter #columbiacountyny
From @catamountmtnresort 🎼More live music coming your way this weekend.🎼
From @namiccny Our Family Support Group meets every other Wednesday of each month. We believe that this is the best option because our Family Support Group is led by those who have lived experience and may be in similar shoes to you. Swipe through our thread for further info on why our Family Support Group may be right for you! Remember, you are never alone in this journey. #support #hereforyou #mentalhealthawareness #nami #mentalhealthmatters #columbiacountyny
It’s a winter wonderland in New Lebanon. #snow #columbiacountyny